Journalism is, probably, a more dangerous profession than that of a combatant in a war-zone.  A journalist is unsafe, whether reporting objectively or subjectively. Truth is that journalism implies reporting according to the viewpoint of the organization concerned. It is always the editor who directs the structure of the content and what is conveyed to the public. This curves the reporter to be untruthful, as unable to control what would have truly been observed. Regardless of how objective the reporter may desire to be, he gets limited by the editorial viewpoint. We live in a world that does not allow objectivity.

However, allowing oneself to be a tool for reporting falsehood, for compliance purposes, is more dangerous than being attacked for objective reporting. Newspaper publishing is mostly guided by editorial viewpoints, rather than the viewpoints of good journalism. Editors must limit their control on the effects, the published material would have on the general public. However, editors are known to be guided by profits, instead. Newspapers are in business for making money, not, necessarily, for public enhancement.

It cannot be denied that today, newspapers face a serious challenge from social media, which is not ethically guided. The only tenet that sustains newspapers and publishing companies ought to be ethics. The basic standard and guiding principle for publishing ought to be the enhancement of the wellbeing of the general public. For instance, as much as sexual scandals by public figures dominate in newspaper sales, there should be a balance. What value does scandalous reporting bring to the general public?

Sex scandals, reported in publications like H-metro or B-metro, serve to promote prostitution, rather than educating the public against prostitution. While these social publications are popular, when unveiling such scandals, in them, nothing benefits the public. Of course, the adulterers become shamed, but what is doubtful is whether their behavior changes, afterward. There is a tendency to harden such adulterers and even encourage others to follow suit. Most of the troubled marriages are a result of such publications. 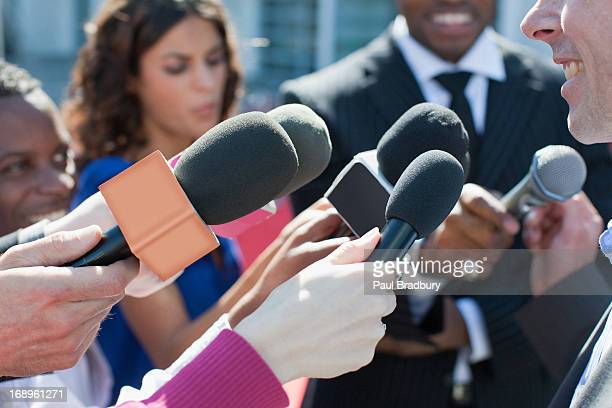 There was a time when premarital pregnancy was shameful. Young women avoided being impregnated outside the confines of marriage, as that produced a feeling of shame. But as time progressed it, actually, became fashionable to have children outside marriage. The European countries took a lead in the phenomenon of marital infidelity and divorces. The African people took that as trendy, so that this has globally become acceptable. Admittedly, there are cultures still maintaining chastity, due to religious convictions. The general trend is that it is no longer a shame to be a single mother, for instance.

Apparently, it is the newspaper reporting that fuels infidelity. It seems there is a law that says whatever is given significance, is what dominates, even though unimportant. By reporting marital scandals, newspapers, actually, promote those marital scandals. If newspapers published more stories on marital chastity, rather than marital infidelities, this world would be different. Divorce statistics would drop magnificently.

Of course, this sounds as not applicable in the real world. People love reading or listening to scandalous information. They would be quick to part with their money to buy newspapers, with Headlines appetizingly highlighting bad news. Such newspapers focus on reporting political failures, more than political achievements. They also give limelight to marital infidelities and other sexual scandals. These are the things that their readers are most interested in.

Muzzling newspapers is shunned, worldwide. But, if administered by non-corrupt politicians, the muzzling of newspapers could develop a better environment. Unfortunately, the muzzling of newspapers is negative, because of dictators who seek to gag information that promotes good behavior by their opponents. In other words, good reportage implies reporting what is good, without favor, or without taking sides on political matters.

Ordinary people would then be left with the option to choose what appeals as better, among the competing political parties. This is different from a newspaper that seeks to denigrate opponents, but highlighting what is favorable to the supported party. In a healthy political environment, newspapers should not be partisan. They should focus on what is, solely, positive as to develop good behavior among the general populace.

The general public does not need information on violence or sex scandals, seeking to make other people worse than others. It is true that some people appear as worse than others, but such downgraded people need uplifting, rather than tromping them with more degradation. Even murderers have the potential to improve in this life. The worst murderer, Saul, who later became Paul, can be the best example, at our disposal.

As long as driven by a desire to make a profit in the newspaper industry, the businessman would be worse than blatant swindlers. Unfortunately, the gullible people fail to see that reality, due to the inability to perceive mechanisms used in swindling people. A safe environment is caused by good newspaper reporting. This is because the general behavior of an ordinary citizen is influenced by what comes out of newspapers.

The challenge remains in that the crop of newspaper reporters is from an already toxic environment. It cannot be easy to break the trend, as the new reporters are viewed as good, only when enhancing the status quo. The reporters, when still new, are not allowed to exercise independence, but being used to produce fabricated news items. It takes only strong characters to break the trend. Such iconic characters do not value money ahead of their integrity.

Such are the people who stand chance to be pioneers of a new civilization, replacing the currently toxic one. It is never too late to do something about what is bad in the environment. Good newspaper reporting can help to usher in, best leaders in government. Which is what is necessary, if a new dispensation is to take root.

The general public can be advised to ignore those newspapers that focus on slandering other fellow humans. Or those that enhance syrupy sexual scandals, as if there would be value in them. Our people need educational information more than scandals and falsehood. To come out of the current quagmire, Zimbabwe needs educated minds. Not the perpetuation of ignorance, causing belief in falsehood, rather than educational information.

There is a good reason to find value in social media, even though discredited as producing more of what is untruthful. But social media includes granting people the ability to evaluate information. Not all that comes out of social media is garbage. It is a question of whether such information would be educational or destructive.  If educating the person to change for the better, that information should be regarded as good, as achieving its purpose.

In other words, if some information about handling obesity, seen as causing health challenges for other people, there is a need to verify its workability. If what is recommended works, it needs to be disseminated further, as soon as possible. It is incumbent upon those receiving that information to verify. This is why educational information overrides everything else. The advent of WhatsApp and other social media channels can be the best development this world has ever had, in the dissemination of information.

This is particularly workable when the populace becomes fully educated. If someone sends some information about flies being good for consumption, one needs to discard that, based on his/her analytical evaluation. But, if someone sends information about a potato being effective in healing a wound, verification becomes necessary, to establish the workability. If one finds what is said to be truly workable, one’s duty, as a responsible citizen, is to spread that information. One would be irresponsible if keeping that valuable information to oneself.

Such information could as well come from the established newspapers. But what is important is the ability to analyze information to establish what is workable or not workable. A healthy environment is characterized by people thinking in terms of adding value to other people. Those churning out falsified information cannot comprise the majority, as assumed. Criminals will always be few in numbers. It takes responsible citizens to ensure that the provided information is evaluated according to beneficial value, rather than just the profile attached to the publisher.

The safety of journalism lies in being guided by the principles taught in the gospel books. Otherwise, God will judge journalists, harsher than other humans. Those journalists may appear safe when reporting falsehood, guided by some rogue government authorities, seeking to suppress, rather than govern responsibly. But that would be a temporary safety, as such journalists await for the eternal judgment meted against all evil-doers who ever lived. The challenges of journalism in this world is three-fold:

Death, itself, is not a new phenomenon, to be solely attributed to COVID-19. The responsible and ethical news reporting could, actually, make a difference in fighting scourges, such as this one. The panicky agitation, currently gripping the world may not help matters, as causing more chaos rather than curbing the spread. Under the circumstances, calmness is needed more than the news-driven agitation. God is aware of what goes on. Journalists make it appear as if God is absent.

Andrew Masuku is the author of Dimensions of a New Civilization, laying down standards for uplifting Zimbabwe from the current state of economic depression into a model for other nations worldwide. A decaying tree provides an opportunity for a blossoming sprout. Written from a Christian perspective, the book is a product of inspiration, bringing relief to those having witnessed the strings of unworkable solutions––leading to the current economic and social decay. In a simple conversational tone, most Zimbabweans should find the book as a long-awaited providential oasis of hope.