A person is insane when performing actions that are stupid, or possibly dangerous to himself and other people. An irrational, stupid, or dangerous behavior determines what qualifies for categorization of being insane? The analysis can be checked against what is passed for consideration of being right, when compared with being wrong.

What is right is rational and what is wrong is, accordingly, what qualifies as irrational. Everyone knows that a wrong conduct potentially harms other people or oneself. Yet, everyone also knows that a right conduct is that which gives beneficial value to other people.

One is right when doing what enhances livelihood upon himself and others. But the wrongness manifests when enhancing one’s own livelihood, at the expense of the majority. The person is considered normal, only when pursuing what enhances other people’s livelihoods—even when potentially harming himself. 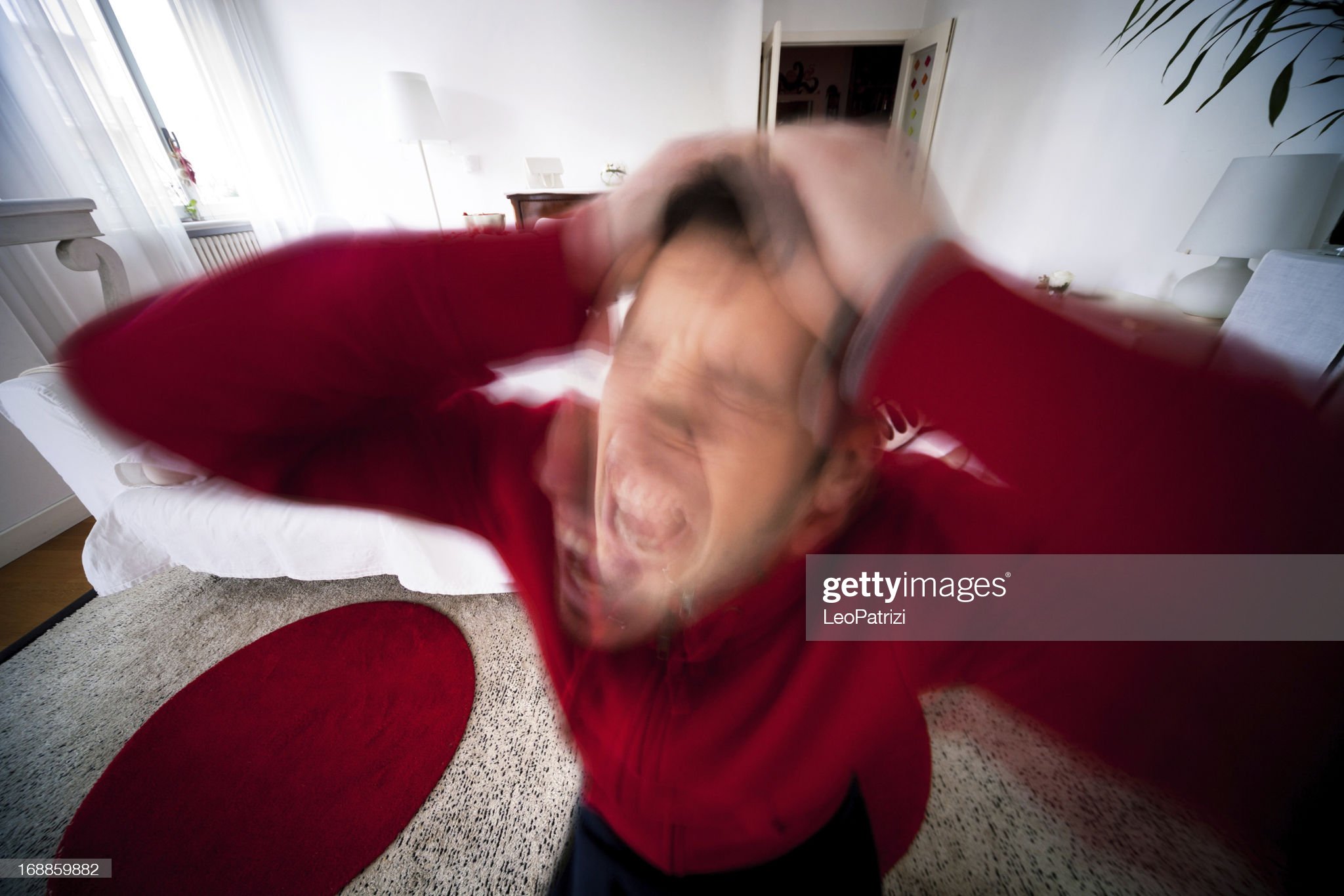 This describes the standard that was set by Jesus—in conformity with absolute sanity. Rationality implies considering the enhancement of the livelihood of the majority against the minority. This is the only principle that can be used to measure absolute sanity, as revealed to us, by the behavior of Jesus.

However, the decision to submit to the cross is the opposite of what is peddled as normal, by those constituting the majority. When being right, among the wrong people, you get exposed to a dangerous condition. Such wrong people consider you as unacceptable, when not conforming to the behavior of the majority.

As being insane, those of this world consider the behavior of Jesus as abnormal. “How could He lose His own life for other people?” This is just as their reasoning conforms to the adage: “When in Rome, do as the Romans do.” To them it was insane to commit one’s own life for the purpose of saving other people. Yet it is the behavior of Jesus that, specifically, qualifies the state of sanity.

Those people subscribe to the tenets of looking after your own interests and that of your closest family. This done without, necessarily, regarding what happens with other people’s lives and their families. They do not care whatever happens to their neighbors, as long as their own immediate families are catered for. They appear as completely oblivious of insanity residing in such reasoning.

That behavior is insane, as also directed against such people’s own survival objectives. It is a warped philosophy whose effects project the anti-survival signal. Anyone having had questions about the origin of the devastating effects of war, this warped philosophy reveals it all. The idea that points at caring only about self, without being mindful of what goes on in other people’s lives, is insane.

Neglecting those in need of one’s service, even at one’s own expense, is the actual description of insanity. To illustrate this reality, let us suppose that you are a good farmer—having had the privilege of exposure to good farming methods. Those surrounding you, having not had the privilege of such exposure as you did.

Your barns get filled with abundant harvests. But your neighbors languish in food scarcity, without knowing the reason for their inability to produce as well as you do. Under such circumstances, how can it be possible to enjoy the fruits of your plentiful harvests, when surrounded by hungry people?

Compare this with the behavior of brute animals in the jungle. A cheetah is an excellent hunter, compared to the hyenas, for instance. But the cheetah rarely enjoys the feast of its catch, due to it being surrounded by hungry hyenas. However, humans cannot be likened to animals.

If normal, a farmer with abundant harvest cannot close his eyes and ears to the starving children from the neighborhood. The farmer might be willing to share, but conscious of the fact that the magnitude of the hungry people cannot be sustainable. He could give as much as would expose him to be in the same condition of food scarcity—reversing his privilege of productivity.

Alternatively, the good farmer may be stingy, as not desiring to share with anyone. This is where conspiracies against him arise. It is also possible that the hungry neighbors could come to steal from his barns. This necessitates him to be adequately armed to protect his farming produce.

The considered good farmer with abundant yields in his barns, can be viewed as one not engaged in criminal activities. He can be a well-regarded individual in that community. But, how far can the resilient farmer go, as long as surrounded by the primitive neighbors—behaving like hyenas?

But, supposing the skilled farmer, with highly effective methods of farming—shared his farming skills with his fellow farming neighbors? This ensures that those farmers also become able, as much as the skilled farmer is able to produce. Due to his valuable information—that farmer gets surrounded by those feeling indebted to him—through his ability to impart his knowledge of good farming.

That farmer would be naturally protected and possibly receiving gifts as reciprocation. When considered valuable to other people, one gets easily treated with high honor. Benefitting from his valuable skills, the other people adopt his culture of nobility, so as to be identified with him. This idea of being influenced by one considered influential, is known to be the trend, the world over.

The knowledgeable person has got impact, so that other people, even, desire to copy his style of walking. In Zimbabwe the white settlers left an influential impact, over the black people. Most of those blacks sought to behave like the white people. They somehow felt dignified, when adopting the white man’s culture.

Unfortunately, those blacks had the proclivity to adopt even the bad cultural behaviors of those former white settlers. A person who is a benefactor towards other people must ensure that he projects the very best of human character, at all times. Those being influenced by him get easily caught up in copying everything, whether right or wrong, about him.

Unfortunately, it is always the more of the wrong behavior that gets adopted by the admirers of one regarded heroically. The supporters of one regarded as benevolent, actually, tend to renounce their own good traits, when influenced by their hero. Most blacks were known to be sociable to their own people, before independence. But they became selfish, afterwards.

It became fashionable to become exclusive like whites in expensive residential areas. Those blacks tended to adopt the white man’s culture of selfishness. This became trendy, so that even those in the lower class, assumed that being selfish was something to be considered as admirable.

Selfishness is another behavior that qualifies the state of insanity, whose effects cannot be pinpointed at few individuals. It affects the entire humanity, just as we have shown how a decent and productive farmer gets exposed to being grisly murdered. Though also considerably viewed as progressive among the other members of the farming community.

This is why this world needs urgent salvage from its current condition of chaos. This can only be done by normal people, not the insane of this world. But how many sane people do we have around? The crusade was initiated by Jesus who remains misunderstood, even at this time of gigantic achievements in technological advancements.

His philosophy was left with His followers, who later became identified as Christians. Although its membership having numerically blossomed, the world over, Christianity remains totally incapacitated to handle the problems of insanity. The reason for the incapacitation arises from their inability to appreciate the principle of altruism, as ought to be applicable only in Christianity.

In its confused state, this world describes the aspect of doing unto others as one would like them do unto him, as insanity. To them sanity implies doing the opposition of what this instruction recommends. Christianity, in its current condition, reasons in terms of attaining own salvation.

Their being associated with Christianity is out of desiring to be saved. This is different from doing unto others, as one would like them do unto him. Their behavior is different from being a Christian, so that others might be saved. They subscribe to being religious, but adopting selfish attitudes. True Christianity subscribes to being philosophically desirous to redeem those lost in sinfulness.

Insanity appears as having no remedy in this world. We have intellectuals, calling themselves, psychiatrists. But those psychiatrists are also in need of deliverance from insanity. They dubiously claim to be qualified in treating the insane. But there is no record of them ever having treated anyone.

Insanity is a spiritual condition that needs spiritual deliverance. Jesus Christ brought the only way that leads to sanity, as opposed to anything else that appears as appealing in this world. You become sane, only when you become willing to serve other people, as though you are serving God. But you remain in your state of insanity, as long as you desire to be served by other people.

The way is open in the direction of serving other people, for any person pursuing ideas to generate conditions of good and joyful living. The people being served would then perceive value in you, as long as you remain committed to serving them selflessly. Nothing else comes above that philosophy, as this is the only idea that represents Jesus—the author of Christianity.

Of course, the insane, as represented by those making Christianity complicated, cannot allow their followers to adopt this philosophy. As being suppressive, they feel threatened by those promoting ideas of serving other fellow human beings. They can even lose sleep over one person acquiring deliverance from insanity.

But the call remains directed towards those who feel obliged to serve other fellow humans, regardless of their background. Those people are rare to find, indeed, because such behavior is considered too dangerous, by the insane of this world. It is discouraging, though, when considering the fact that those suppressive people can, themselves, never willingly accept deliverance from such insanity.

They are, actually, comfortable with the current conditions. To them, this world is safer, as long as they, themselves, assume living comfortably, when others live in terrible conditions of irrationality. This is why they suppress any effort to deliver humanity. This is why they killed Jesus and His early disciples. These are the people used by the devil to fight against anything good for humanity.

In the twenty-first century, a lot has been achieved to salvage humanity. For anyone desiring to be part of the crusade, the advice is to think in terms of being valuable to other people. This being the opposite of always desiring to be served or taking advantage of other people, for selfish reasons. The best is promised for those focusing on service, regardless of wherever they are.