All humans were created in God’s image so that they can handle any challenge that threatens their survival. It is only the slavery mentality that keeps humanity in the condition of defeatism. The entire world is caught up with degraded humans, assuming that nothing can be done to change what prevails. That kind of mentality is captured in the story of the Israelites, who had to unnecessarily remain in the wilderness for forty years. (Numbers 14).

There are two personalities attributed to being responsible for the developments outlining either the downfall or the goodness of humanity. Ordinary humans are degraded, as to owe everything to two physical super-beings—regarded as deserving to be worshiped. The two super-beings are represented in all strata of humanity, as also included in Christian Church organizations. There is one passage of Scripture that the Bible-lovers appear as over-looking:

“The scroll of the prophet Isaiah was handed to him. Unrolling it, he found the place where it is written ‘The Spirit of the Lord is on me because he has anointed me to preach good news to the poor. He has sent me to proclaim freedom for the prisoners and recovery of sight for the blind, to release the oppressed, to proclaim the year of the Lord’s favor’” (Luke 4:17-18) (NIV).

It boggles the mind to realize that ordinary humans seem comfortable in slavery, rather than in freedom. The prevailing Earthly governments are characteristically identified in the physical super-beings. One super-beings is characterized in benevolence, and altruism, while the other is self-centered and boastful. It is the self-centered super-being, whose dictatorial tendencies would mostly be validated by the degraded beings. Representing the highlighted two personalities in Southern Africa, are the late former presidents, Nelson Mandela (RSA) and Robert Mugabe (Zimbabwe).

Both were regarded as luminaries, depending on which side the admirer would be inclined to cast his support. A person who supported Nelson Mandela would be completely different from the one who supported Robert Mugabe. The two leaders were regarded as super-beings, according to those in the comfort of assuming being nothing, in their individual respective personal existences. 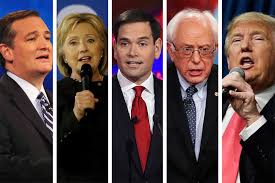 Robert Mugabe’s heroism was granted by the overly degraded ones. The passion for supporting the character of Robert Mugabe is none-survival, but making sense to the overly degraded beings. Such people find survival value in those considered strong, even though being suppressive of others. They feel safe, under those considered strong, so as to be willing to go to hell with them.

The most important narrative in this analysis is that the degraded beings are, simply, prone to idolatry. The question of whether one feels comfortable when supporting Nelson Mandela or Robert Mugabe is immaterial. What is of significance is whether the person concerned understands the principle of freedom or not. Principally, what causes a lack of freedom is ignorance. Otherwise, humanity is as free as freedom was announced by Jesus in Luke 4:17-18.

Highlighting the comparison of the two late former Presidents is not intended to draw support for either of the two, necessarily. The intention is to reveal the slavery mentality of degraded beings. The overly succumbing, hold inclination towards supporting Robert Mugabe. While those with the semblance of hope would rather support Nelson Mandela. Though supporting Mandela, total freedom is not attainable to a society that has been under oppression for too long.

The only unbelievable, but comical sentiment, concerning the degraded humans is their rebuttal of freedom. Granting freedom to the degraded beings can be considered as anathema. Had God not intervened, Caleb and Joshua could have been killed by the Israelites. Obviously, this was the only reason that caused Jesus to be killed. As one preaching freedom, Jesus was not acceptable to degraded humanity. Degraded humans are more comfortable in slavery than freedom.

The crafty, but so-called “Men of God,” take advantage of the dubious situation. For instance, if desiring to be rich, the easiest way is to boldly declare being spiritually informed than others, and demand tithes, accordingly. The degraded beings gladly pay, without question, assuming that to be what pleases God. But, only the super-beings benefit—in the comfort of the degraded ones.

The idea that the degraded beings were also created in God’s image, is foreign to the degraded ones. Even when using their own Bible to show that they owe no allegiance to humans, they cannot change their viewpoint. They, actually, assume being angry on behalf of Jesus. It may be unfair to criticize such people. Yet, their behavior clearly manifests being totally engrossed in mental slavery.

There are those who insist that freedom is earned. But freedom is a free gift, having already been paid for on the cross. The degraded beings need to appreciate the reality of freedom—rather than assuming being free when idolizing other fellow humans. The manipulative physical super-beings are characterized in iconic Robert Mugabe and Nelson Mandela—who should not be regarded as gods. The history behind either of the two luminaries is of interest, because of their respective supporters.

Actually, the criticism of either of these two late former presidents comes from either of their degraded supporters. Because such degraded beings assume that their own breath is owed to the late iconic liberation fighters. The unhappy, and degraded beings, always regard themselves as incapable of changing anything in their own environments.

It is unfortunate that those staunchly supporting physical super-beings cannot understand what they would be doing. I am not sure of what God thinks of them, but I can almost accurately predict the powers shaping the aforesaid physical super-beings. Behind the two super-beings are two spiritual powers, not seen or touched, physically.

What has remained enigmatic, to most humans, is that the spirit beings cannot do anything without using physical humans, in this world. God created all things, as physically seen by all of us. But God, who is Spiritual, cannot do anything in this world, except through physical humans, as long as willing to be used by God. When sincerely praying thus: “Your will be done on earth as it is in Heaven” (Matthew 6:10), one would be declaring willingness to be used by God.

Virtually, that prayer would be granting God permission to then use one’s own body in accomplishing God’s own purposes. This is why Paul said, “It is no longer I that lives but Christ that lives in me” (Galatians 2:20). The reason why God cannot change conditions in this world is not that He fails to do what needs to be done. God cannot violate His own Law, according to what He stated in Genesis 1:26.

Humans were given dominion over everything on earth, even though caught up in sinful conditions. Therefore, God cannot violate His own Law by taking over the responsibility that was granted to humanity (Genesis 1:26). This is why God had to use Moses, to take the children of Israel out of Egypt, instead of God directly dealing with Pharaoh. In ancient times God used the prophets to communicate with humanity before Jesus came.

After Jesus, it is the Christians who are supposed to be used by God. God’s opposite number, Satan, can also not do anything without manipulating humans, in this world. The only distinguishing factor, between the two spiritual beings, can be evaluated according to pride and humility. The spirit of Satan emphasizes on elevating self. While the Spirit of God is identified in humility.

That which exalts self, but degrading other fellow humans, is from the devil. Yet that which seeks to exalt fellow humans is from God. These two spiritual forces can be represented in physical humans in this world. There is no need to idolize those being used by God, at any given time. Spiritual powers are represented in dichotomous manifestations, as can be distinguished by normal humans. We have ordered, as compared to confusion. We have light, as compared to darkness.

Hence the leaders of states can, either, be labeled as despotic or some other unfavorable term. Such leaders can also be honorably conferred with heroism or nobility. When viewed as normal, the degraded humans can decide on what constitutes heroism. However, the slavery mentality makes it impossible for a degraded human being to think independently. The tendency is to despise everything that comes from self and adulate what comes from group mentality.

God is supreme over everything, although God allowed Satan to take advantage, of degrading humanity. While God is pro-survival, Satan is anti-survival. However, death was never created, just as darkness and ignorance were never created. We have darkness in the absence of light. Just as we have ignorance in the absence of knowledge. The falsified information may appear as real—but being as deceptive as leading to oblivion. The apostle Paul declared:

“And the peace of God, which transcends all understanding, will guard your hearts and your minds in Christ Jesus. Finally, brothers, whatever is true, whatever is noble, whatever is right, whatever is pure, whatever is lovely, whatever is admirable—if anything is excellent or praiseworthy—think about such things” (Philippians 4:7-8) (NIV).

For instance, whatever is excellent or praiseworthy, remains to be so, regardless of the personality advocating it. This is just as whatever is evil and degrading has got nothing to do with the personality projecting it. The principle of avoiding idolatry consults with the ideal person who was created in God’s image. There is no need to continue toiling in slavery when the light has come to enlighten the degraded humanity.

The formidable question is on whether there is hope for the degraded humanity. The aforesaid two individual characters, classified as super-beings are distinguishable. One demands being worshiped, while the other displays no appetite for being worshiped. The degraded beings are particularly obsessed with worshipping dictators, hoping to obtain favor from them. What causes the desire to worship other fellow humans is fear, which is caused by a lack of knowledge.

There is no need to adulate fellow humans, whatsoever. But there is also no need to despise fellow humans, created in God’s image. This is why there is no need to hate anyone in this world, including those, most destructive of other humans. The assumption that God is represented in idolized super-beings comes from ignorance. Deception is caused by focusing on physical objects, which behave according to either of the two spiritual powers.

“You have heard that it was said, ‘Love your neighbor and hate your enemy.’ But I tell you: Love your enemies and pray for those who persecute you, that you may be sons of your Father in heaven. He causes his sun to rise on the evil and the good, and sends rain on the righteous and the unrighteous. If you love those who love you, what reward will you get? Are not even the tax collectors doing that? And if you greet only your brothers, what are you doing more than others? Do not even pagans do that? Be perfect, therefore, as your heavenly Father is perfect” (Matthew 5:43-48) (NIV).

A degraded personality needs more love rather than hatred. The instruction to pray for others encompasses one’s enemies. Jesus spoke as one with the full understanding of what the degraded humans, languishing in ignorance, go through. It is, therefore, the enlightened ones who bear the responsibility to help the ignorant ones, instead of despising them. The enlightened ones do not have the liberty to enjoy temporary comfort in what this world offers.

Andrew Masuku is the author of Dimensions of a New Civilization, laying down standards for uplifting Zimbabwe from the current state of economic depression into a model for other nations worldwide. A decaying tree provides an opportunity for a blossoming sprout. Written from a Christian perspective, the book is a product of inspiration, bringing relief to those having witnessed the strings of unworkable solutions––leading to the current economic and social decay. In a simple conversational tone, most Zimbabweans should find the book as a long-awaited providential oasis of hope.