After having taken the forbidden tree, Adam died. That, simply, meant that the Holy Spirit left Adam, so that he was no longer in communion with God. From then on, Adam’s survival was to be guided by moral laws, the violation of which would hasten his demise. This has been the condition of humanity ever since.

You have a chance of living longer when abiding by the existent moral laws, but you hasten your demise when caught up in unethical activities that violate those moral laws. Since Adam, a human being has been living without communion with God, being only sustained by keeping moral laws. This way of life takes away freedom, leaving the person without any reason that gives satisfaction for life. Job agrees:

When keeping moral laws, the satisfaction that could be experienced is temporary and, in most cases, meaningless. The limiting factor is the phenomenon of death. The person may be very careful in keeping moral laws, desiring to live longer, but death is sure to visit, leaving his/her relatives in despair. This has always been the condition that describes the hopelessness found with ordinary human beings.

Some of those people, without answers to the state of hopelessness that is attached to humanity, succumb to committing suicide. Preachers point at the Bible, meant to guide towards experiencing better lives. But that has temporary effects as; even the known fiery preachers cannot escape the challenge of humanity that includes sickness or accidents that lead to death.

The Israelites had moral laws that set them apart as a blessed nation, compared with other nations. But their story ends with failure and inability to be steadfast in keeping God’s laws. The cause of their failures was centered on their association with other humans who were not guided by the same laws. The condition of the heart of man that takes its behavioral influence from Adam can be blamed for failure to maintain the necessary law-keeping.

There are those Christians who maintain that Jesus Christ came to reinforce God’s laws, as given to Moses. But, while those laws are primarily necessary, they are superseded by the discovery of one’s true identity. As soon as a person discovers his/her true identity, the necessity for moral laws falls out. By discovering that you are a child of God, your mind changes, so that you consciously do not even think about moral laws. You became the cause of good behavior that produces positive effects in the environment.

Jesus Christ brought a gospel that was not centered on moralistic principles. While not condoning sin, the gospel is about the establishment of God’s Kingdom which is premised on Spiritual values that make it impossible to sin. Preaching about moral values is different from preaching about the gospel of the Kingdom of God, founded on principles of righteousness. Instead of teaching moral codes for people to follow and use, in order to live well, Jesus brought freedom (Luke 4:18).

The state of being free implies that you have the power or right to act, speak, or think freely. Freedom also implies the power of self-determination attributed to the will; the quality of being independent of fate or necessity. In other words, as a free person, you can decide to do what you know is right and live out what you are certain would be wrong, according to your own conscience.

There is no human being who was created by God without a purpose in this world. In other words, all human beings, ever created by God had a special purpose for which God created them. There is never a mistake for the existence of any person, including the products of rapists.

As long as one has become conscious of being alive, the next thing is to find out the purpose for survival. The only unfortunate thing in this world is that we live in a society that wants to determine someone’s destiny. There are some people who think they are good enough to determine other people’s destinies. But such people are oblivious of God’s authority.

The reason why people commit crimes is that they do not know who exactly they are. They have got a wrong opinion of themselves. God never created a human being in His own image, so that he/she could be a criminal. People engage in criminal activities or other wrong things that have got nothing to do with their true identity, because they are under the captivity of Satan.

Jesus needs to be understood as projecting the reality of how an ideal human being is supposed to live. Ordinary humans that we see around us are not ideal. They are not true to themselves, as they live under captivity. They seek the approval of others, taking comfort in being praised by other people, instead of connecting with the purpose of their existence. 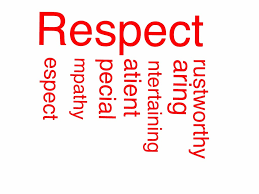 Joseph, actually, got into problems because he told his brothers of his dreams. The disclosure of his potential, immediately created enmity between him and his brothers. Naturally, people feel threatened, in the presence of those viewed as better than them. This is just as when the Wise men from the East, announced the birth of Jesus, who would be the King of Israel, Herod felt threatened.

Jesus faced a challenge of disapproval, especially from those of His home area, after having demonstrated the qualities that benefited most people. But Jesus was merely projecting the qualities of an ideal man, created in God’s image. What Jesus was doing had nothing to do with God, necessarily, but what an ideal person, created in God’s image, could potentially do (Genesis 1:26).

This is why Jesus said that those with faith as little as mustered seed could, actually, do greater things than what Jesus did, during His three and half-year ministry (John 14:12). In Jesus, we are not seeing God, necessarily, but we are seeing what an ideal person, created in God’s image could do.

Such people are not who God created them to be. But they are what other people expect them to be. Those particularly affected by the ruthlessly oppressive environment are those in low echelons of society.  Some of the indications of a person who is not ideal, as living under slavery, which all humans, except Jesus, have had to contend with, are as follows:

Self-degradation. Generally, a person who is not ideal is fearful. He/she fears the unknown.  He/she also fears human authority and fears the majority––leaving the person unable to make rational decisions on critical issues of faith.

He/she is always considering what other people think of his/her actions, than what God thinks. Instead of having confidence in what God created him/her to be, the person takes comfort in eulogizing others who are considered to be smarter.

David’s encounter with the towering Goliath displayed symptoms of an ideal man. However, Saul’s reaction, when approached by Samuel with an offer of being first king in Israel, shows how a person who is not ideal behaves: “Saul answered, ‘but am I not a Benjamite, from the smallest tribe of Israel, and is not my clan the least of all the clans of the tribe of Benjamin?’”  (1 Samuel. 9:21 NIV).  Saul assumed that inherently, he ought to have had special qualities presumed necessary, without God’s involvement, for regal responsibilities over Israel.

This was not a sign of humility, on the part of Saul, as most people might suppose, but a weakness exposing self-degradation. Saul sought to have faith in self––not imagining that the one who created him could sufficiently be trusted with such responsibilities. However, an ideal man accomplishes more than envisaged in agreement with Paul: “I can do all things through Christ that strengthens me” (Philippians. 4:13).

The psalmist declares: “I Praise you because I am fearfully and wonderfully made” (Psalms 139:14a NIV). But the perfect example of an ideal man was left by Jesus. Though not emerging from high echelons of recognized religious establishment, Jesus disregarded all that and stood by His Father’s will.

Degrading other people. (Matthew. 7:1-5). This is another behavior, demonstrated by a person who is not ideal. Negatively judging other people, puts one in a superior position and one cannot do that without pride—which Christ describes as the log, compared with speck––being appalling sins with one being judged. An ideal man has got no reason to be proud. He appreciates that all humans were created in God’s image and would, instead, empathize and seek to help those displaying ignorance of their potential.

Unforgiving attitude. This is probably the worst sign of a person who is not ideal. The problem with an unforgiving attitude is that it consumes the one who is unable to forgive. This person identifies with Satan who is the accuser of the brethren (Revelations 12:10).

An ideal person is ever forgiving, even with good reason against doing so (Matthew. 6:12). When Adam and Eve sinned, it was God who took the responsibility to look for them at their hiding place (Genesis. 3:9). An ideal person seeks to forgive, even before being asked to forgive. He/she forgives on the basis of understanding the person being forgiven.

An ideal person cannot lose decency because someone has lost his/her decency. He/she understands the offender as having been created in God’s image—needing to be loved and fully respected all the same, regardless of his/her momentary loss of dignity.

An ideal person understands that all commendable things come from God. He/she directs all praises to Christ, who gave a parable highlighting futility in desiring higher consideration ahead of others (Matthew. 20:1-16).

The ability to achieve great things, through God’s empowerment is only a privilege to be accepted with humility, giving glory to God. Naturally, praises make a person who is not ideal to feel good. But, an ideal person is never satisfied with achievements of today, desiring to continue excelling, as long as He/she remains alive.

Self-pity. A person who is not ideal remains in bereavement, long after having suffered misfortunes. He/she assumes being the only one having gone through such misfortunes, throughout the entire planet. He/she goes so far as even cursing his/her loved ones for not sympathizing with him/her enough. He/she also censures God for not providing him/her with blessings, viewed as being enjoyed by his/her peers. The opposite is true with an ideal person.

An ideal person is like Jesus, who, when faced with the unprecedented traumas of the cross displayed compassion for others instead (Luke 23:28-31). An ideal person would rather be with the despised and be abused, than succumb to self-pity (Ecclesiastes 7:4 & Matthew. 5:11-12).

Where did Peter’s doubt come from, having initially stepped out in robustness, doing what others could not dare attempt? Doubt implies having two opinions and affects a person who is not ideal.

However, an ideal person will always trusts God with all his/her heart, due to his/her conviction in knowing who God is.