It is on Christmas day that the practice in giving is manifested. Whether such giving is out of true love, as displayed by Jesus, or something practiced simply as tradition, is beside the point. Christmas day is commemorated worldwide, in remembrance of the birth of our Savior, Jesus Christ. We say Amen, to that.

Others would argue on the basis of accuracy, in terms of the actual day of the birth of Jesus?  To me that would be an argument without merit. What is wrong with celebrating the birth of our Savior, even if practiced on day-to-day basis?  What remains significant is that the birth of Jesus was the greatest event ever experienced in the history of humanity.

The reason for my question:  “Would Christ have celebrated Christmas?” is simply focusing on the behavior of our Lord, as His appearance was meant to set us an example to emulate. My view is that Jesus, as important as His appearance here on earth was, He never suggested any day to be viewed as more important than the rest, showing only that Christianity was a life-long commitment. 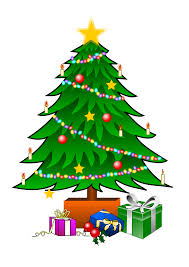 When the Jews sought to take Jesus to task for His failure to acknowledge the importance of the Sabbath Day; Jesus revealed that all days needed to be treated equally. For instance, what was wrong with doing what was good, on a Sabbath Day (Matthew 12:11)? Jesus castigated the Pharisees for focusing on traditions, at the expense of God’s commandments (Mark 7:8, 12-14). The key lies in understanding the meaning of God’s commandments, which Jesus clarified.

The most important lesson from Jesus is that in service principle, the issue of days and times are not of consideration. This is why He could not remind Nicodemus that his visit by night was violation of protocol. To Jesus, any time was opportune, because His focus had always been on service, regardless of who came to Him and at what time.

While the Christmas Day has its virtues, it carries very little to do with the significance of the principle of Jesus Christ. Doing what is good to other people on Christmas Day is commendable. But Christ is the only one who carries the hope of the salvation of humanity. What is needed is the change of mind-set, so that people can think like Jesus. Behaving, thinking and sacrificing like Jesus, is what carries the day in a person’s life-time.

Jesus was born to be a King, whose value cannot be matched with anything. By the way, the value of Jesus’ birth was first heralded by people who had nothing to do with the Jewish religion—the Magi’s, or the Wise-men from the East (Matthew 2:1-11).

Jesus Christ came to establish a Kingdom, which He acknowledged, even before Governor Pilate, who was under the authority of Caesar, whose kingdom could not be matched with anyone, at that time. However, God’s Kingdom is diametrically opposite to the kingdoms of this world. Those submitting to it cease to be guided by the customs of this world, as totally submitting to Christ’s authority.

They obey everything Jesus taught, leaving out everything He did not teach. In fact, His Word becomes the living bread for a committed Christian (Matthew 4:4). The established Kingdom of God has got its own guidelines and principles that require no additional assistance, even from the morally inclined people of this world. God’s Kingdom is self-sufficient.

Once discovered; a person sells everything; focusing on it, just as Jesus revealed, through His parables:

“The kingdom of heaven is like treasure hidden in a field, which a man found and covered up. Then in his joy he goes and sells all that he has and buys that field. Again the kingdom of heaven is like a merchant in search of fine pearls, who, on finding one pearl of great value, went and sold all that he had and bought it” (Matthew 13:44-45) (ESV).

Just notice that the merchant would have had other valuable things, but his/her discovery of God’s Kingdom supersedes everything, as those other things cannot match the new discovery. The newly discovered Kingdom cannot be sustained by moralistic considerations of this world.

It is also not a religion, with the do’s and don’ts. Its virtues cannot be compared with anything of this world. The people of this world desire survival. It does not matter where those people come from and what their background is. Human beings simply want survival. But that survival cannot be found among any of the religions of this world, except through God’s Kingdom.

Today’s kingdoms are sustained by politicians, voted into power because of what they promise the electorate. The few monarchs that prevail also endeavor to do the best for their subjects, according to the requirements of their people, who desire only one thing; “Survival”.  But, as lacking what God’s Kingdom provides, people languish from one disappointment to the other.

However, there has not been, and there can never be a kingdom that will ever match the Kingdom that was established by Jesus, through His own blood. What makes God’s Kingdom unique is that it is discovered by the individual concerned. The one who discovers it cannot exchange it for anything else. At the same time, no-one will ever be cajoled to accept it. A person discovering it makes his/her own decision to commit him/herself to it.

When under that Kingdom, a person ceases to crave for other things, because nothing else can even make the slightest match to it. Those who commit themselves to that Kingdom, become willing, even to surrender their entire lives. They are not scared of death, anymore.

Christmas or no Christmas, the person who has discovered God’s Kingdom, finds no difference, at all. The person no longer gets carried away by the passions that everyone else gets committed in. He may be viewed as very queer and unusual, but he/she is the happiest person, as compared with the rest.

Let me be quick to say that the gospel of God’s Kingdom is different from what is mostly advanced in Christianity, as known today. Christians may be very comfortable with Christmas celebrations and happily exchanging gifts with their loved ones.

But the person, having discovered God’s Kingdom, lives happily ever after. To him/her, there is no difference whether it is Christmas Day or not.

However, the behavior of Christ is that He may probably have celebrated Christmas, as well; not for anything else, other than for purposes of seizing opportunities to serve those gathered for such occasions. Christ was a free man, as able to mix with anyone, under any circumstances.

I suppose true Christians will also use the Christmas day for attending to people’s needs, more than making a religion out of it. That includes showing people the only value that surpasses anything that this world has ever provided—the Kingdom of God. Happy Christmas to everyone!