Authoritarianism has its roots in the monarchial principle, in the governance of humanity. Where did the principle of monarchy come from? The Israelites had been guided through the leadership of Moses, who was later replaced by Joshua. Moses had not been anointed to be a king, but an instrument through which God could communicate with the Israelites. God used Moses, to provide the infallible Law, on matters of survival. 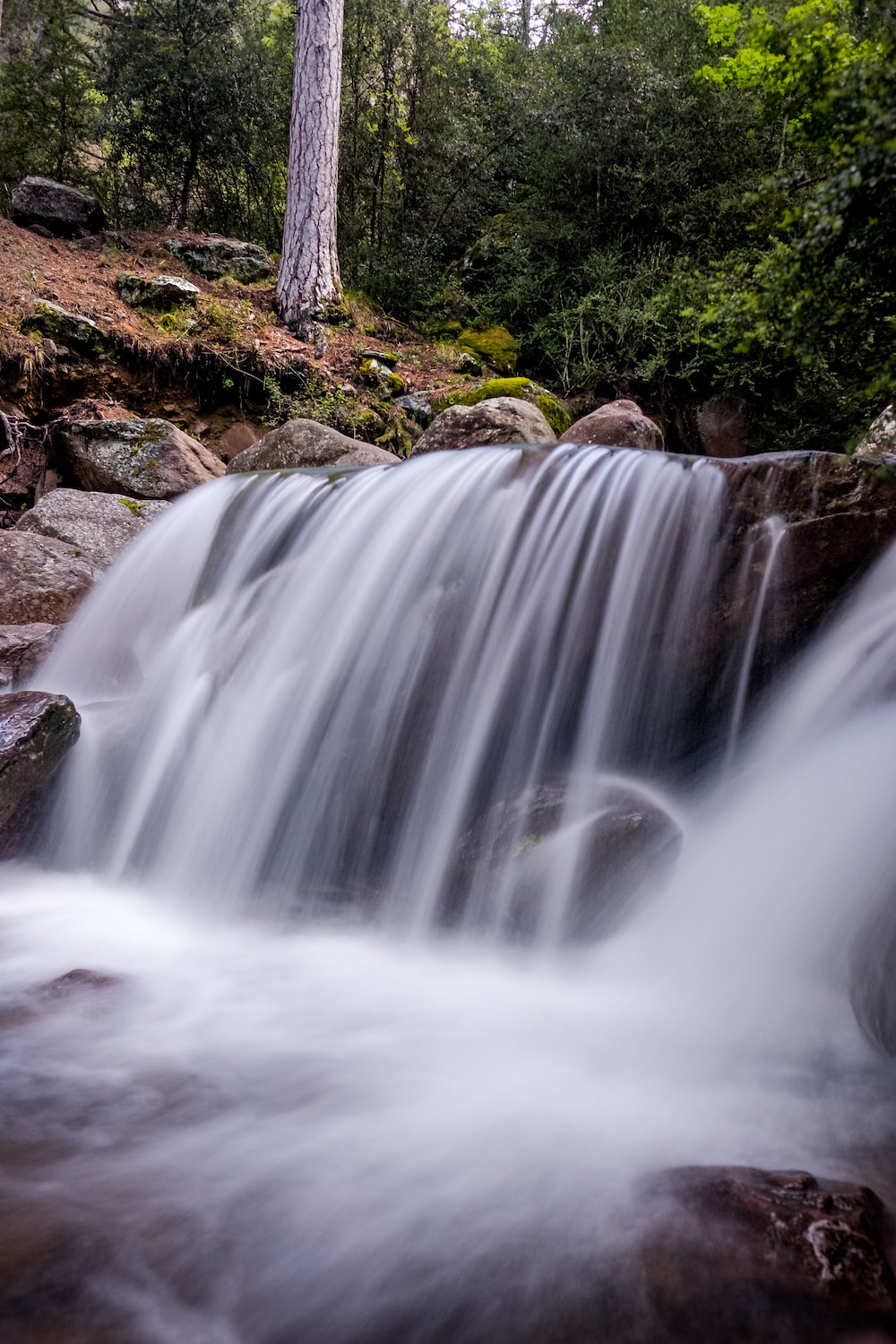 After the death of Joshua, the Israelites succumbed to constant violations of that Law. But, through his unfailing mercy, God would raise up Judges, who would help the wayward people of God, to re-focus their attention to their God. This roller-coaster type of behavior, continued with the Israelites, until the birth of Samuel—who became one of the greatest prophets of God.

Like Moses, Samuel was not a king; but served to guide the Israelites, according to God’s laws. At his old age, Samuel appointed his two sons, Joel and Abijah; hoping that they would maintain the statutes of God. Samuel’s idea of appointing his sons as judges, at the time of his old age, seems as not having been sanctioned by God? Although nothing shows that God disapproved of it (1 Samuel 8:1-3).

The first commandment, given to the Israelites had been that they should have no other gods before the Lord. Samuel had not been their god, but a prophet through which they could communicate with God. Nothing shows that the appointment of corrupt sons of Samuel had been sanctioned by God.

This could have been Samuel’s administrative decision—based on human evaluation—also, in consideration of Samuel’s old age. There is no need to find fault with Samuel, as Samuel was not a god—though having been used as God’s instrument. The Law clearly stated that the Israelites should have had no other gods (Exodus 20:3). They had been instructed to keep the Ten Commandments on their forehead.

But—lo behold—to the Israelites, this implied literally tying those commandments on their foreheads. But God had simply intended that they keep those Laws, in their minds. Unlike the rest of humanity, groping in darkness, the Israelites were expected to be different—as guided by God’s Laws, in conducting their lives.

Unable to, simply, confront Samuel—concerning the corruption practiced by his sons—they succumbed to desiring a king, so as to be like other nations. (1 Samuel 8:5). But, this was a direct affront to God’s Commandments, which they had been instructed to keep on their fore-heads. I suppose, their problem had been to do with idolizing Samuel?

This is revealed in their failure to question Samuel for appointing his sons to become Judges without clear God’s instruction. As desiring to be like other nations around them—those Israelites removed their status of being God’s people. Later, Samuel had to pray to God, about the people’s desire to have a king. The Lord’s response was:

“Obey the voice of the people in all that they say to you, for they have not rejected you, but they have rejected me from, being king over them. According to all the deeds that they have done, from the day I brought them up out of Egypt even to this day, forsaking me and serving other gods, so they are also doing to you. Now then, obey their voice, only you shall solemnly warn them and show them the ways of the king who shall reign over them” (1 Samuel 8:7-9) (ESV).

Even after Samuel had revealed the Lord’s disapproval of that idea, the Israelites still desired to have a king over them, like other nations. God respects people’s wishes—as not forcing people to obey Him—yet also always showing them the consequences of disobeying Him. The story of Israel, is just amazing—as revealing humanity’s contemptuous rebellion against God. But what’s even more astounding is that the Israelites could not learn from previous mistakes!

Nevertheless, God granted them Saul, whose physical appearance was according to their wishes. Saul had every attribute of what humans look for, in terms of suitability and how kings should look (1 Samuel 9:2). But God can never take responsibility for people’s choices. People are free to do what they want and, accordingly, reap consequences. This is how false data comes into people’s belief systems.

The story of King Saul is recorded in the First Book of Samuel. Instead of putting faith in God, those people preferred putting faith in idolatrous systems. They had priests whose job was to keep reminding them of God’s statutes. But those priests committed themselves, only in ceremonial obedience, rather than the intent of the Law. They focused on literally tying those Laws on foreheads, rather than applying what those Laws demanded.

Saul became the first King in Israel. David was to later, take up the position of being the king of Israel. But David had not been of Saul’s lineage, according to the traditions of humanity. Even the circumstances under which David was appointed, had nothing to do with human reasoning. The father of David had also not fathomed that his son David, could possibly be the one to be appointed as king.

In appointing David, God fulfilled His will, but at the same time, satisfying those people’s wishes. While David was a man after God’s own heart, most of the kings coming after David, were not necessarily pleasing to God. But those kings were not individually responsible for disobeying God. The people, in general, were collectively responsible. God, Himself is not a respecter of persons (Acts 10:34).

Even though the Israelites constantly rebelled against God, and blatantly broke the covenant, God remained faithful. He would not completely forsake His people Israel until Jesus eventually came. But the true colors of those people manifested in murdering the man, clearly prophesied to be their Messiah. It is not difficult to see why the mindset of those people was not different from their ancestors. Hence, they could not accept Jesus.

To those people, Jesus was unsuitable to be a Messiah, as not coming from the glamorous positions of religious strata. Let alone His educational background—necessary to convince the influential proud people of His time. This was a man having been brought up in the most despised cities around Jerusalem—Nazareth. Yet proving beyond any shadow of a doubt, as more educated than them; “How is it that this man has learning, when he has never studied?” (John 7:15) (ESV).

Nevertheless, Jesus openly revealed the source of His knowledge:

“My teaching is not mine, but his who sent me. If anyone’s will is to do God’s will, he will know whether the teaching is from God or whether I am speaking on my own authority. The one who speaks on his own authority seeks his own glory; but the one who seeks the glory of him who sent him is true, and in him, there is no falsehood. Has not Moses given you the law? Yet none of you keeps the law. Why do you seek to kill me?” (John 7:16-19) (ESV).

The apparent confusion with those people laid in not knowing that all truth comes from the source. Anything not coming from the source is false—being counterfeit. As only intended to convince the gullible that it would be factual. The not-so-gullible will always check the authenticity, whether coming from the source or not. This is practical, and basic wisdom that cannot be deniable—even among the known corruptible educational systems of this world.

The rejection of Jesus by the Jews did not start at the time of Jesus. It started way back—as revealed at the time of the prophet Samuel when those people refused to be governed according to God’s Laws. While Jesus came to reveal the way to the source, the religious people rejected that information.

The crucifixion of Jesus reveals that God is vilified in religion, more than among the non-religious people. This is unbelievably sad but true. Jesus gave clear instruction, on matters of leadership, to the select few, who committed themselves to follow Him, identified as His disciples:

The basic data, seemingly unknown, by the rest of humanity, is that humanity was created in God’s image. This implies that all humans are equal and outside time and space, just as God is outside time and space. The physical nature, with which individual humans exist is the opposite of their actual beingness. Even the names, by which each would be identified, do not reveal true identity.

Jesus was showing His disciples the original source of their existence, for them to discard falsehood. There is no need, to call anyone “father” in this world. This is the basic truth, in its original form, revealing the source of humanity—created in God’s image. Therefore, being God’s children is not a postulated suggestion. If humans are God’s children, where did the idea of being identified by surnames, or any other distinguishing factors come from?

Where did the idea of Monarchy come from? Where did the idea of idolizing other people, while despising others come from? It is not necessary to look in the past, to identify the source of falsehood. What is important is to appreciate that Jesus came with the information that leads humanity to their original source. This is why Jesus did not have a surname, for instance. There is no record of Him ever acknowledging His earthly father, according to the customs of His time. He possibly treated him like every other person.

All humans are identified by one distinctive factor: Being God’s children. Rejecting this information does not mean that it is not true, whether one likes it or not. All humans came from one source, depicting their Father, who is God in heaven. The rest is false information that needs to be discarded without reservation. It is a question of believing that Jesus is the informant from the source, or not believing.

All humans are faced with the challenge of always assuming that the counterfeit is genuine when the opposite is true. But it will always be impossible for ordinary humans to assimilate knowledge from the source. Unless appreciating and validating the Messiahship of Jesus. One of the fabulous Messianic values of Jesus is that He is the only one with information from the source. The basic realization that needs to be adopted by any individual is appreciating that the information held by the entire humanity is not from the source—whose sole agent is Jesus.

On telling His disciples to avoid being called Rabbis, Jesus asserted to the fact that no human being is above or below others. This is because all were created in God’s image, as stated in Genesis 1:26-27. Also, by stating: “call no man your father,” Jesus is asserting to the fact that the existence of humanity, is directly from the source. Our physical progenitors are not the true representatives of our source, whose existence is Spiritual. Hence our true identities cannot be validated by surnames, necessarily.

Only the word of Jesus—when understood and applied—can take anyone out of this horrible fog of confusion. There is no need to listen to the earthly Pastors and Bishops. Regardless of how highly esteemed—like Samuel. They are still as human as any other. The information from the source is with Jesus. It is important to pay attention to our Christian leaders. But without losing focus in that, ultimately, the true source of information comes from Jesus.

Andrew Masuku is the author of Dimensions of a New Civilization, laying down standards for uplifting Zimbabwe from the current state of economic depression into a model for other nations worldwide. A decaying tree provides an opportunity for a blossoming sprout. Written from a Christian perspective, the book is a product of inspiration, bringing relief to those having witnessed strings of unworkable solutions––leading to the current economic and social decay. In a simple conversational tone, most Zimbabweans should find the book as a long-awaited providential oasis of hope.